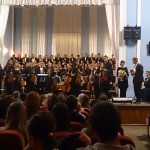 Last Thursday the 6th Bach Academy in the Ukraine ended with four concerts at three venues and an
organ concert in Dnipro. Eight German lecturers had travelled to Dnipro in order to work with students from the local conservatoires. The aim was to rehearse and perform the cantata BWV 21 Ich hatte viel Bekümmernis (I had much grief) and the Missa (Kyrie, Gloria and Dona nobis Pacem from the Mass in B minor, BWV 232) by Johann Sebastian Bach. Works from Bach and his contemporaries were also covered in an organ course.

The Academy programme, which had been very well prepared by the local participants, involved daily rehearsals in the form of concentrated solo work in courses on conducting and choral singing, solo singing, stringed instruments, woodwind instruments, trumpets, continuo and organ music. This work was followed by joint rehearsals with the choir, orchestra and soloists. A remarkable level of interest and commitment was shown by not only the participants, but also the interpreters who were hired to assist the teachers and their classes.

The choir, orchestra and soloists first presented the results of their intensive week of rehearsals at a lecture-concert on 13 November 2016. At the three subsequent, well-attended concerts and the organ concert that marked the end of the Academy, the young musicians impressed audiences with their finely honed precision and musicality.

Our two eventful and fulfilling weeks of ongoing engagement with the music of Johann Sebastian Bach in the Ukraine have come to a close. We would like to thank everyone whose hard work and commitment helped make this Academy possible. We are already looking forward to the next Academy! 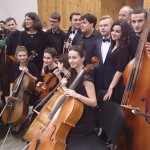 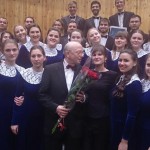 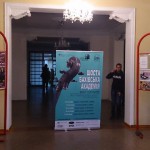 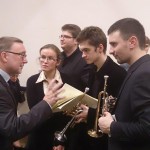 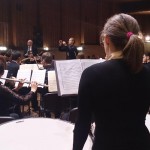 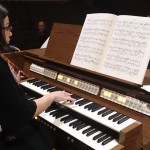 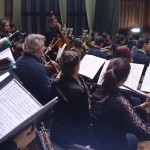 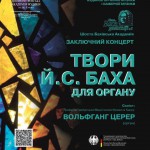 What about enjoying a cup of coffee and a delicious piece of cake in between concerts and virtual visits of the “Himmelsburg”? What meeting other friends of Bach’s, starting up conversations, establishing relations? All that is possible at the Neue Bachgesellschaft’s café    END_OF_DOCUMENT_TOKEN_TO_BE_REPLACED

In preparation for the Bach Festival Rostock 2019, the organisation Bachverein Rostock e.V. will be hosting another benefit concert: on the         END_OF_DOCUMENT_TOKEN_TO_BE_REPLACED

Our new newsletter was released today!
As always, it contains information on the activities of our organisation, along with several interesting articles covering a wide variety of topics on       END_OF_DOCUMENT_TOKEN_TO_BE_REPLACED

It’s official: in November 2018 young musicians in Dnipro, Ukraine, will once again be spending ten days studying and performing the works of      END_OF_DOCUMENT_TOKEN_TO_BE_REPLACED

The new publication from the well-known Bach scholar Prof. Hans-Joachim Schulze is a compilation of more than 60 articles from 50 years of Bach research. These texts are organised in seven chapters    END_OF_DOCUMENT_TOKEN_TO_BE_REPLACED

Even before our fond memories of the Bach Festival Ansbach have faded, we can start looking forward to our organisation’s next Bach Festival: from 28 September to 7 October 2018,    END_OF_DOCUMENT_TOKEN_TO_BE_REPLACED

On Saturday, 5 August 2017, the annual General Assembly of the    END_OF_DOCUMENT_TOKEN_TO_BE_REPLACED

Our organisation’s 92nd Bach Festival ended yesterday with Bach’s Mass in B minor. This was the second time since 1954 that our Bach Festival was held in connection with the event Bachwoche Ansbach. All members of the NBG    END_OF_DOCUMENT_TOKEN_TO_BE_REPLACED